Detonation Of First Atomic Bomb Brought Out Worst In Its Creator 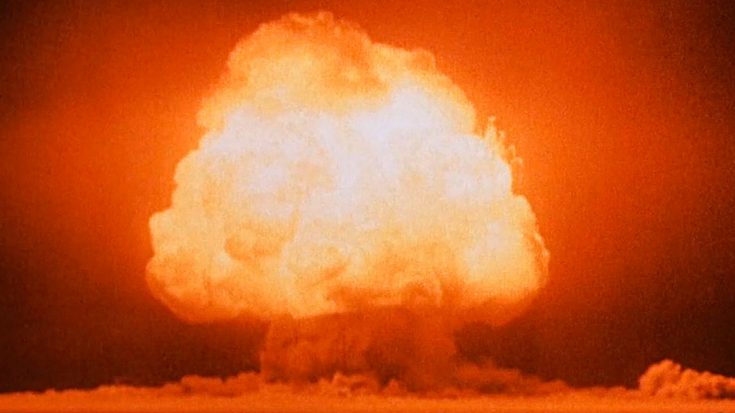 The atomic bomb is largely attributed to ending World War II by forcing Japan’s unconditional surrender and avoiding a land invasion that could have caused the deaths of millions. As with scientific operation, anything that can go wrong will go wrong, so the atomic bomb needed a proving ground before going into action.

In 1942, Dr. Robert Oppenheimer was selected to lead the Manhattan Project in order to weaponize nuclear fission. As a child, Oppenheimer had moved out to New Mexico from the east coast in order help deal with a respiratory condition. He eventually purchased a cabin in the New Mexico hills called Pero Caliente because he screamed “Hot Dog!” upon discovering the perfect home. Oppenheimer had a strange familiarity with the area and chose Los Alamos, New Mexico as the testing site for these weapons due to its isolation from the rest of the country.

Over the next few years, several scientists and military personnel were moved into research facility that had been converted from the Los Alamos Ranch School. Here the staff was able to speak freely about experiments without fear of civilians or spies obtaining their research.

After more than $2 billion in research over the course of three years, the combined efforts Oppenheimer and his team yielded results, but now they needed to be tested. What happened next would be known as Trinity, the world’s first nuclear detonation and succeeded far beyond the expectations of the researchers.

“Now I am become Death, the destroyer of worlds.”

Oppenheimer saw the destruction this weapon could bring and became a voice against its power. Following the conclusion of World War II, he strongly opposed the development of the hydrogen bomb. Due to his controversial opinion, he was labeled a communist sympathizer and had security clearances revoked by the Government.

This clip shows a recreation of the Trinity Bomb test.