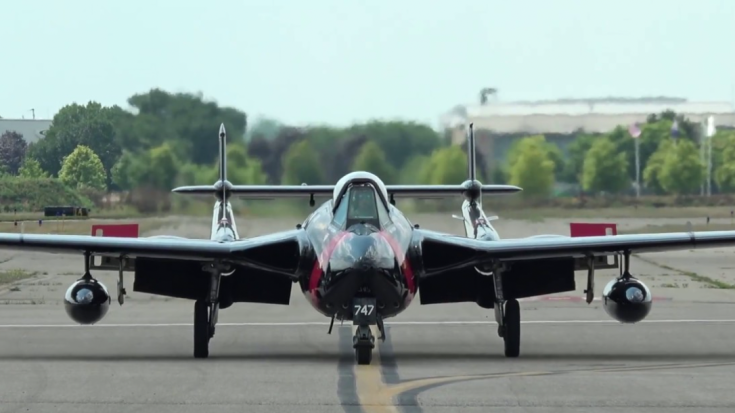 From afar, it could pass as a P-38 with an SR-71 paint job. This British jet-powered aircraft was introduced in 1952 and had a short stint in the RAF. That didn’t stop it from being popular in other countries though. The Swiss Air Force was the last operator of this plane in 1983.

In this video, we see the only flying Venom in the United States. The aircraft was started using a cartridge starter system and did a test flight before returning to the hangar.

Unfortunately, 50-year-old pilot Marty Tibbitts died in a crash while inside this Venom in Sheboygan a week after filming. Before leaving for Wisconsin, he was proud to show his family the formation he would be flying at the Oshkosh Airshow.