Did America Go Too Far With This Nuclear Bomb Test? 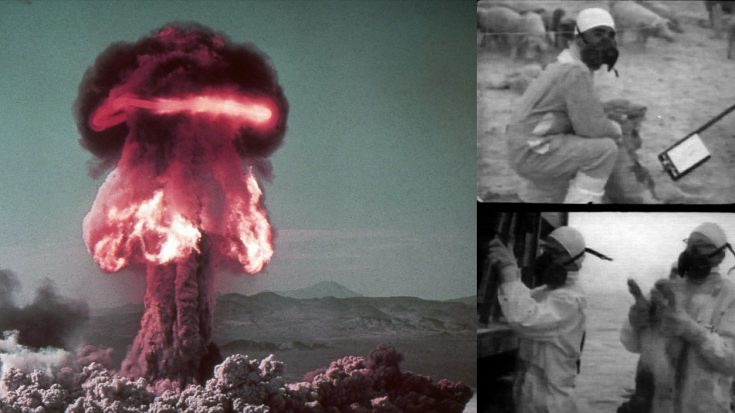 In the 1950s the United States Military conducted many nuclear tests as they pushed for atomic weapon supremacy over Russia. These nuclear tests were met with some objections from the public but they became fairly routine over the years. However, one set of tests, in particular, went down in history as American’s most controversial, Operation Plumbbob.

Nuclear tests were done for a variety of reasons, to find their effects on the environment, structures, and naval vessels to name a few. Eventually, it came to the point where they found it necessary to test the effects of nuclear weapons on living subjects.

At first, the researchers conducted tests on around 12,000 pigs to find the effects of nuclear detonations. Many of the pigs developed third-degree burns on their flesh and most of them did not survive 30 days after the bombing. But pigs are not usually going to the be the primary target of a nuclear attack, they needed to test on humans. There 16,000 American army units subjected to the nuclear tests, many of them fell ill or died due to the radiation exposure.

“I thought to myself, if there is a hell on Earth, it’s gotta be that. You felt the shock wave of the thing going off and then the heat. And the biggest one that was set off in the desert when I was there was a 74 kiloton — almost twice the amount what was used in Hiroshima and Nagasaki.”

Aside from the soldiers, the repeated nuclear tests released a huge amount of radiation into the atmosphere. As a result, the nearby civilian populations had a 32% increase in thyroid cancer. In 1990 the Justice Department enacted the Radiation Exposure Compensation Act to individuals subjected to the testing, but it was hardly enough to those who lost their lives.