Did You Forget About WASP? These Women Pilots Did So Much You Should Remember 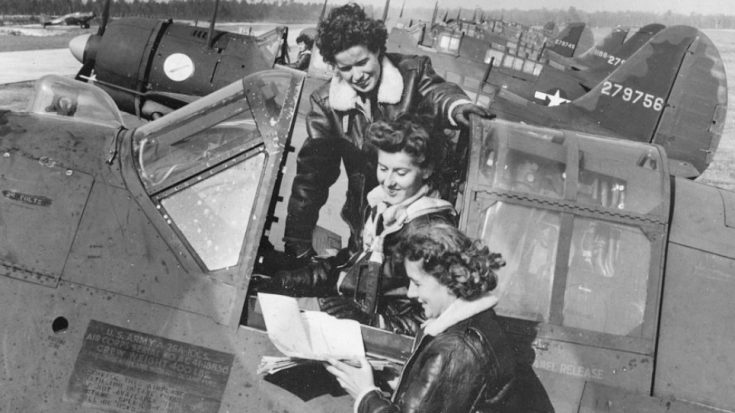 June 28th, 1976, the first female cadets entered the United States Air Force Academy. They were credited with being the first American women to fly military aircraft.

But that wasn’t quite true. First came the WASP.

WASP (Women Airforce Service Pilots) was a civilian women pilots’ organization formed in 1943. Though they were not military, they were attached to the United States Army Air Forces.  Each woman accepted into the program had to already have her pilot’s license with 500 hours of flight time, be between 21 and 35, and be exactly 5 feet 2 inches. After four months of military training, 1,074 of them would earn their wings.

The WASP women completed the same primary, basic, and advanced training courses as their male military counterparts. This included Morse code, meteorology, military law, physics, aircraft mechanics, and navigation. However, combat training was out of the question. Their role would be to take on the male pilots’ non combat duties so that the men could fight.

They did their duties well and with enthusiasm. Notably, they did these 3 things:

Many of their planes were shot down this way and several women were shot in the feet.

Sadly, when a WASP was killed, as 38 members were, their non-military status meant that their bodies were transported home at the family’s expense and they received no military honors.

The WASP program disbanded in December of 1944. Their records were classified and sealed for 35 years and the public mostly forgot the role of the WASPs. But the WASPs would not forget, rallying together to ask for recognition.

In 1984, each WASP was awarded  the World War II Victory Medal. In 2009, President Barack Obama and Congress awarded them with the Congressional Gold Medal, though only 3 of the roughly 300 surviving members were there to witness the event. Eventually in 2016, the cremated remains of WASPs would be permitted for internment into Arlington Cemetery.