Diver Uncovers Warbird Wreck – Then Restricted From Returning To The Aircraft 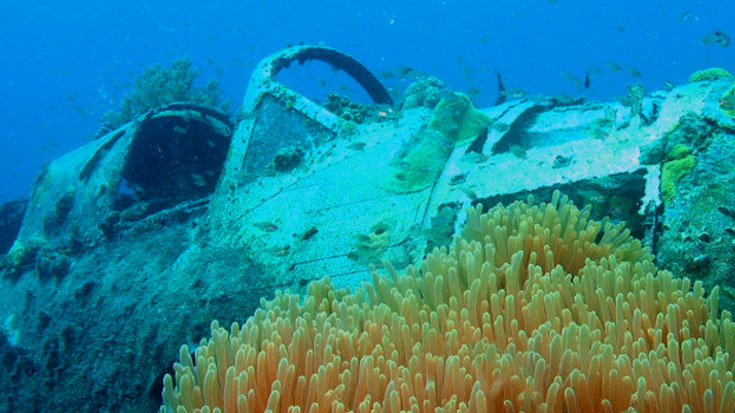 The conflict between the Allies and the Imperial Japanese Navy left many scars on the Pacific. Remnants of WWII aircraft litter the oceans and landscapes of the islands where the two superpowers came to blows. Every once in a while a new plane will be discovered and the finder will want to explore, but sadly there are certain rules that prevent any hands-on handling of the find.

Those who discover the remains of these sunken warbirds are not allowed to touch them. This is due to the risk undetonated munitions and International Law which protects these sites as war graves of fallen soldiers. Instead, they must record the serial numbers of the aircraft to agencies such as the Defense POW/MIA Accounting Agency. These institutions do their best to notify the next of kin through DNA testing, though it can be difficult after so much time has passed.

“To make a DNA identification, we have to find a family member who can be a potential match, but these service members were 17, 18 years old. They never had children to pass DNA onto.”

Remains of dead soldiers must be given the respect they deserve without violating any restrictions on war graves. This video shows an example of a warbird wreck that divers can explore following proper examination.