Divers Found Our Best Bomber And We Found Its Crazy Story 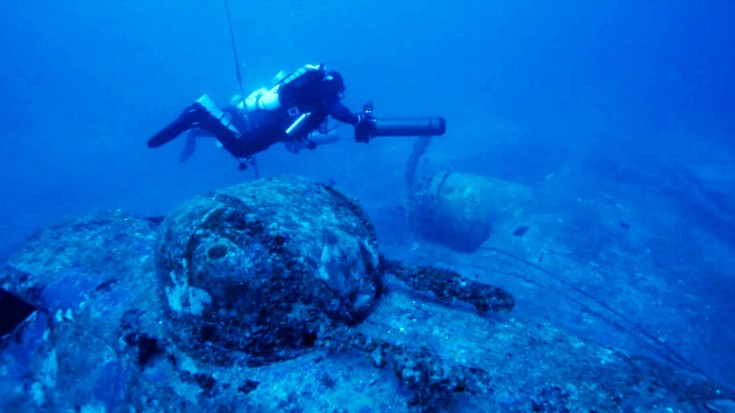 It’s Eerie, But Beautiful At The Same Time.

This wreckage was first found in 1998 by a team of divers just passing some time in beautiful Croatia. Diving by an island called Vis, they stumbled up an almost perfect wreckage of a B-17 Flying Fortress.

During World War II, there was a minor naval battle called the Adriatic Campaign. Germans and Italians were fighting for what is now Croatia, with the Allies coming into the fight 1943. B-17s were known to drop supplies along the coast and then a base was set up there. From there, they were sent on missions to bomb German targets.

As for this wreckage, word spread of its existence drawing the attention of divers and photographers alike. One such man was Daniel Frka who was fascinated by both diving and B-17s, so he went down there.

Upon closer inspection and taking great photographs, he needed more information. He just couldn’t let it be that. When going over his pictures, he noticed that the cockpit windows were slid open and locked so he deducted that the crew might have ditched.

He called around and did some research and eventually found some of the crew still alive! He tells the story better than we can here, so we’ll give you the link to the site and pictures of the crew.

Watch this video first though. It’s truly mesmerizing. Here’s the link to the full article:
http://www.divernetxtra.com/wrecks/0804croatia.shtml

Boeing B-17 Flying Fortress from Peter Nemeth on Vimeo.