Historic Dive Into Forbidden Areas Of The USS Arizona 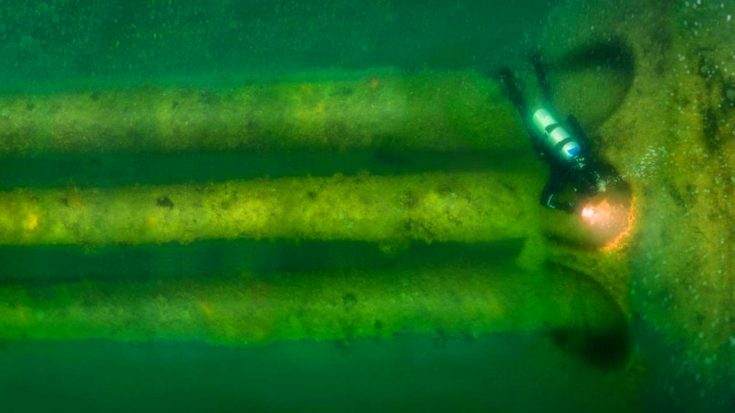 For nearly 80 years, the USS Arizona has sat submerged in the waters of Pearl Harbor. A memorial to those who lost their lives when the Japanese Navy attacked on December 7th, 1941 and hurling the United States into WWII. The USS Arizona has long been considered a tomb for the estimated 1,000 sailors trapped onboard and no divers have been allowed inside its wreckage, until now.

Over 75 years have passed since the attack as Japanese Prime Minister Shinzo Abe recently made his first visit to Pearl Harbor in a move that is meant to shift toward forgiveness. Meanwhile, divers are venturing into unexplored areas of the USS Arizona that many might consider unforgivable. Exploring the wreckage will more than likely raise controversy among those who want the remains of the sailors left alone.

“The human connection down there is so strong. You can’t look at the Arizona as just steel and wood and iron without understanding the sacrifice, the loss of life that occurred there.”

The National Geographic society has recorded footage of this historic dive, examining never before seen artifacts within the USS Arizona. The exploration will continue for several months but they have released some footage of their findings in this clip.