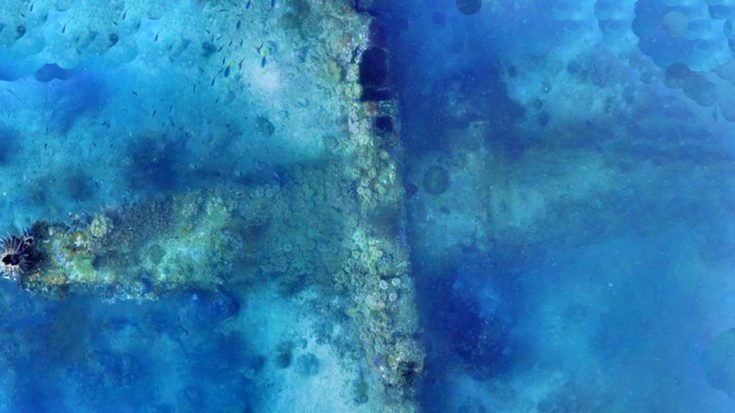 Palau was no stranger to combat in the Pacific during WWII and has been known to turn up sunken aircraft every so often. Nearby Ngerekebesang Island was home to a Japanese submarine base which fell prey to several B-24 bombing raids. The recovery vessels use advanced scanning technology to find the wreckage and divers spend over 12 hours per day combing the sea floor for human remains.

The USNS Salvor the ship conducting the recovery which also has heavy lifting capabilities and decompression chambers for the safety of the divers. The cranes drop baskets and dig through the sediment for any other remains of the crew. This clip shows some of the many sunken WWII wrecks surrounding the waters of Palau.