DIY B-17 Taking Fire and Blowing Smoke From Enemy Aircraft 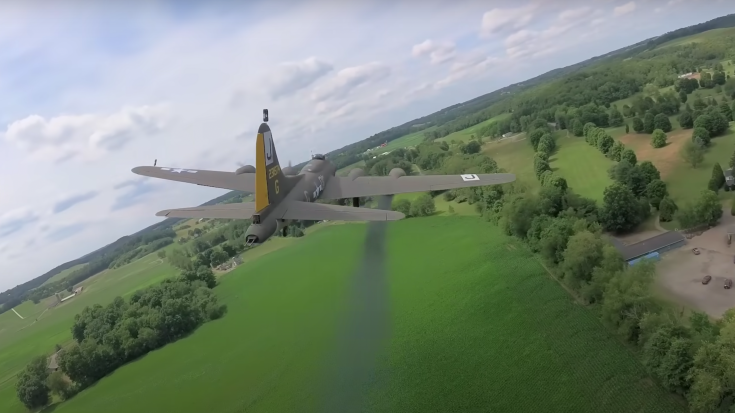 The six months of hard work that the group put into making this video possible is absolutely worth it. They were not kidding when they said it was complicated. Different controls for crew members, laser tags, smoke bombs, and a whole lot more were used to make this video.

Their first try did have its shortcomings because of technical problems. One plane didn’t even get to see action because of a “signal lock” during takeoff. Some of the turrets also failed which they suspect is from being tested too much.

It’s a completely different story on the second try. Now, the planes are good to go after slight modifications. We can finally see the B-17 go up against formidable opponents! It’s amazing how they thought about using laser tags and smoke bombs to create the illusion of a B-17 that took a hit. The smoke trails are just the icing on the top – it looked so real on the drone footage.

Make sure to not miss this video. It’s a must-watch if you love RC planes!