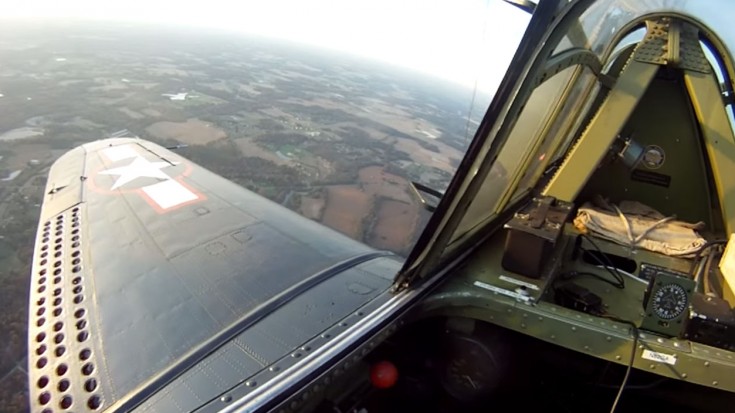 Manufactured by the California-based Douglas Aircraft, the Douglas SBD Dauntless acted as both a dive bomber and scout for the U.S. Navy and the Marine Corps as the Second World War raged on. Production of the carrier-based plane started in 1940, soon after a Northrop inspired prototype had been built.

A slow aircraft that seated two crew members, the SBD was best known for its bulky, sturdy appearance that ensured its ability to take punishment, but also for its heavy guns, unusual at the time for a carrier plane. An active weapon in the Pacific conflict, the SBD’s first whiff of battle was at Pearl Harbor only to later go on and destroy or seriously damage many Japanese carriers.

The Douglas SBD Dauntless proved so effective that in 1941 the US Army ended up ordering a non-carrier version from Douglas. The resulting models were named A-24 Banshee and flew for the USAAF from bases in the Philippines.