Draken Brings A Trail Of Flames And A Supersonic Roar 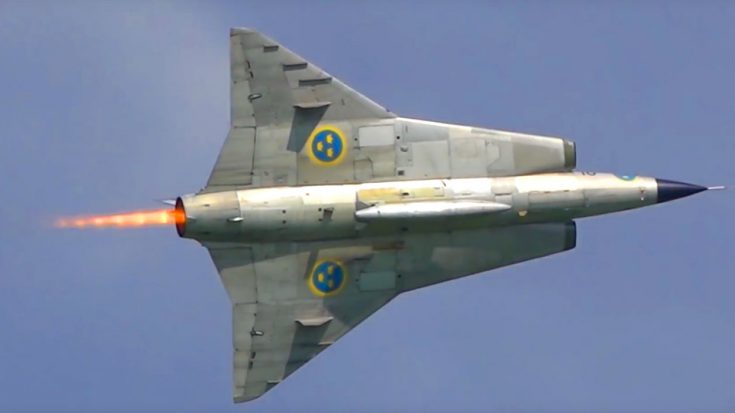 The Saab 35 Draken is not the most common sight around but it knows how to make an entrance. The sound of the thundering engine makes its presence known with a supersonic echo. Although the Draken’s original purpose was to intercept bombers it proved to be quite effective in dogfights. The Saab 35 is able to reach speeds of 1,320 mph with a range of over 2,000 miles. Only a handful European countries used this supersonic fighter due to export restrictions set by Sweden.

“As a product of the Cold War, the Draken’s armaments centered on its missile-carrying capabilities. Munitions were held on two underwing and two underfuselage hardpoints for a total weapons load of up to 6,383 lbs.”

A total of 651 Saab 35 Drakens were produced between 1955 and 1971. The Draken was so useful that it would remain in service until 2005 before finally being retired. A handful of them are still around to perform in air shows and we are lucky enough to see on here. This amazing footage from the 2016 Airpower Airshow in Zeltweg, Austria gives a damn good show of the Draken.