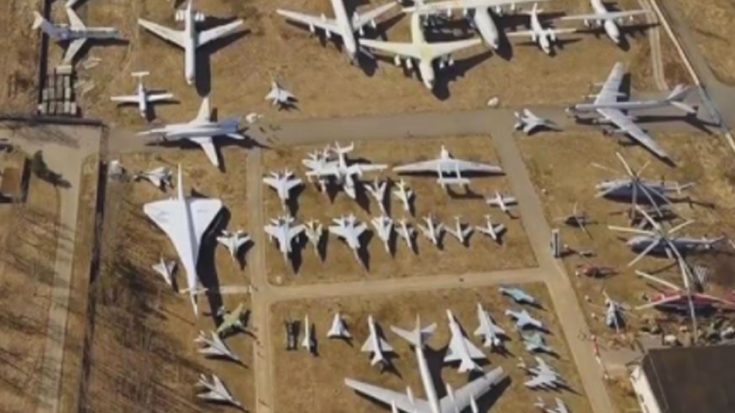 Every successful aircraft is designed with painstaking detail in order to fit the requirements of flight while maintaining safety. A lot of work goes into these machines but they can only stay in the air for so long. Aircraft of the Soviet Union are not exempt from this rule, but where do these planes to when they are past their prime?

Many call it a graveyard for aircraft of the Soviet Union, but it is home to over 170 planes that have fallen out of use in Russia. Officially known as the Central Museum of the Air Force this facility located east of Moscow was once an airfield up until 1956. Since 1958 the facility has operated as a museum displaying many of the greatest offerings of the Soviet Union.

“The area was off-limits to civilians during the Soviet era so it has been neither easy to find nor easy to access. Advance permission to visit the museum was recently required for non-Russian citizens. Despite this, it is the finest Russian aviation museum in existence and will be the highlight of any enthusiast’s visit.”

The aircraft at this facility have suffered from some wear and tear over the years due to exposure from the elements. But it is still one of the most amazing aircraft collections on Earth and you can witness a bit of it in this drone footage.