Dying Vet’s Last Wish Was To See The Last Jedi 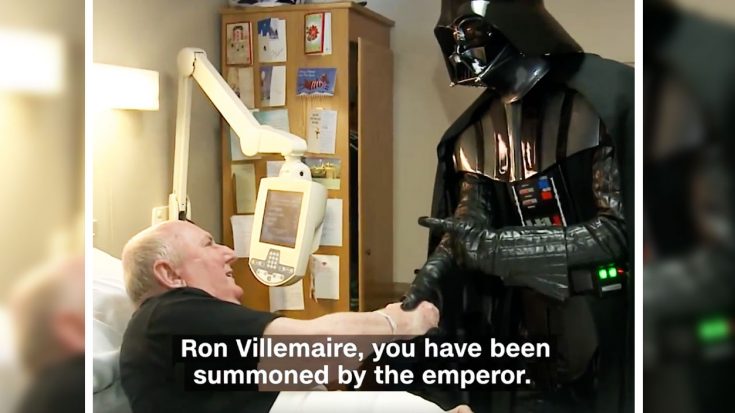 This is one of those stories you just have to share as it’s absolutely heartwarming. We all know that unfortunately, veterans in the United States don’t always get the care they need. Then there are Vietnam vets such as the man in this video (who served in the Air Force by the way), who did not get an ounce of respect for the most part when they came back from being drafted.

Having said that, seeing this man almost in tears because of what his family and community did for him will tug at your heart.

Ron Villemaire was recently diagnosed with stage four cancer and wasn’t given much time on this earth.  His last wish was to go see Star Wars: The Last Jedi as he was a longtime fan of the series. Bedridden as he is, there was a slim chance of that happening but his family, and then the community who knew him, stepped up and even outdid what he asked for.

This short clip below from CNN will show you what a treat they had in store for him. Get your tissues out and check it out.