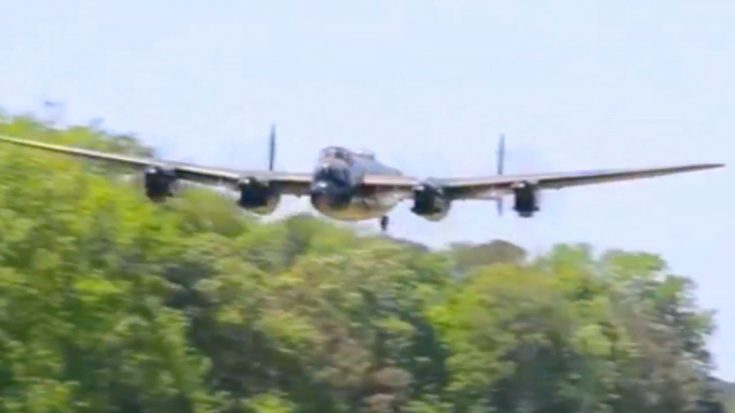 Fighters planes are great but you can’t help but the love the heavy hitters of WWII, the bombers. They raze military complexes, knock out powerful battleships and even can make the killing blows that end wars. Bombers have immense destructive power, but let’s not forget about their incredible flying power.

“These are the long-range strategic bombers and during WW II they were all four-engined machines. The USA and UK excelled in the production and use of heavy bombers, demonstrating their superior understanding of the potential of strategic air power in total war. It was the heavy bomber that smashed the cities and industrial centers of Japan and Germany and ultimately heavy bombers ended the war by dropping two atomic bombs on Japan.”

World War II bombers ranged from light, torpedo variants, medium bombers and heavy bombers to do the heavy lifting and dropping. If you happen to a fan of bombers pulling in for extremely low flybys this video is the one for you.

You can see a Heinkel He 111, a B-24 Liberator, a B-25 Mitchell, a B-17 Flying Fortress and Fifi the legendary B-29 Superfortress. To hold on the edge of your seat because bombers bring it in really low.