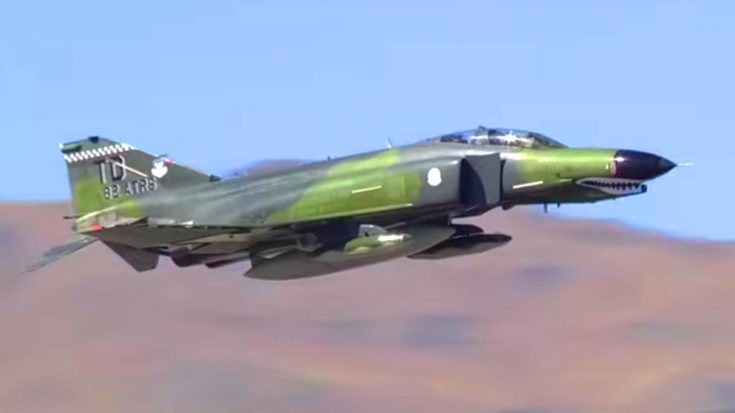 It’s gone now, retired last December at a beautiful farewell ceremony at Hollomon Air Force Base, but we can’t forget the F-4 Phantom. While the Phantom was on its way out, fans came out for the final air shows to pay tribute to the legendary jet.

Considered by many to be the first multirole fighter, the F-4 Phantom had a lengthy service run of 53 years. It was formally retired from combat service in 1996 and surviving models were converted into drones known as QF-4s. The QF-4 drones operated as target practice for modern jets in order to provide a more authentic experience for fighter pilot training. The decision to convert them to drones was a controversial one, but the F-4 was considered to be a flying brick by then, lacking maneuverability to take on newer fighters.

Hundreds came out to these shows to tell tales of the jet that meant so much to them. Some had the chance to fly them, some people were saved by them, others came just to say goodbye. The Reno Air Show was one of the last few stops on the way to retirement and we are lucky enough to see it pull off some killer moves in this video.