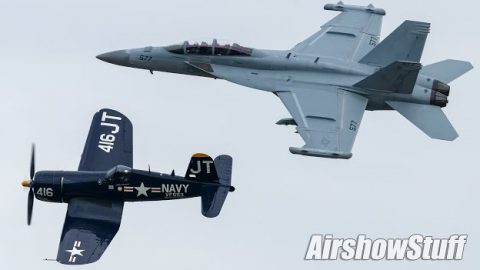 The World War II and Korean War-era F4U Corsair also joined up in formation during the flybys to perform the US Navy Tailhook Legacy Flight.

You can watch the rare formation of modern and vintage military aircraft below. Some of the comments read:

“Two of my favorite airframes! I see “Growlers” a fair amount, as I live in western WA. and they are based mostly at Whidbey Island NAS. Thanks for the sweet video!!”

“Nothing better than the venerable Corsair! The Growler has only been around 13 years and has yet to prove itself in battle!”