Eager Young Aces: How 20 Year-old Thunderbolt Pilots Got Their Status 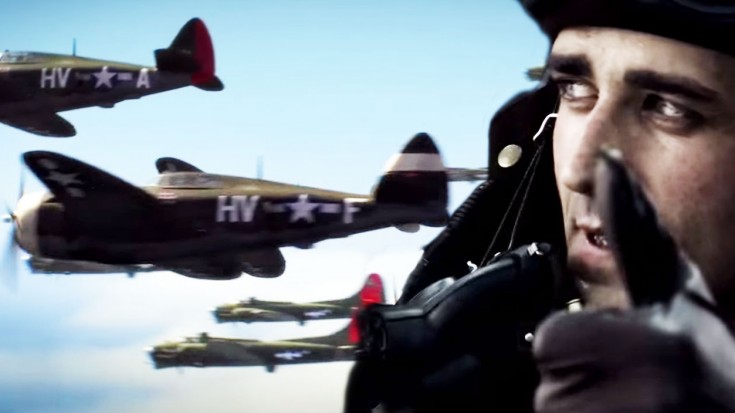 As the air war raged in 1943 over Europe, the Allies were taking on some heavy losses. That Fall, three American pilots of the 56th Squadron racked up some numbers to keep the pilots’ morale high. Among them were Bob Johnson, Jerry Johnson and ‘Hub’ Zemke, all of whom became fighter aces during the war. In the cockpits of our favorite Thunderbolts, these young, eager and aggressive men used those assets to set themselves apart from the rest of the pilots. This included Francis ‘Gabby’ Gabrewski, who received the title of ace in not one but two wars over the course of his career.

When I was in a dogfight, it’s almost like you’re a little boy in a fist fight. You don’t even think about anything else. Your butt is right out there!-Billy Edens, Thunderbolt Pilot

On November 26th, 1943, 3 squadrons of the 56th set out to escort a bombing raid on a mission to Germany. Out of nowhere, a German fighter squadron attacked. ‘Gabby’ was determined in becoming a fighter ace and used his focus and aggression during that attack, racking up the two kills he needed to make him an ace. At the end, the 56th scored 23 enemy kills during the attack, keeping up moral and promoting a healthy sense of competition.