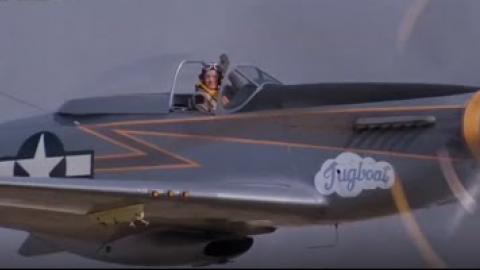 “Empire of the Sun” is probably one of the list of any warbird fanatic’s list of best WWII movies. It is a 1987 film directed by Steven Spielberg based on the novel “Empire of the Sun” by J.G. Ballard that is about a British boy in Shanghai who comes from wealthy, to being a prisoner of war in an interment camp during the Second World War.

Let’s be honest, one of the best parts of this movie is getting to see the planes in which legendary pilot Ray Hanna is actually flying is multiple P-51 scenes. Spielberg used replicas, originals, and even attempted to use model planes such as an 18-ft wingspan B-29 in the movie but had challenges and ultimately contracted out full-size planes.