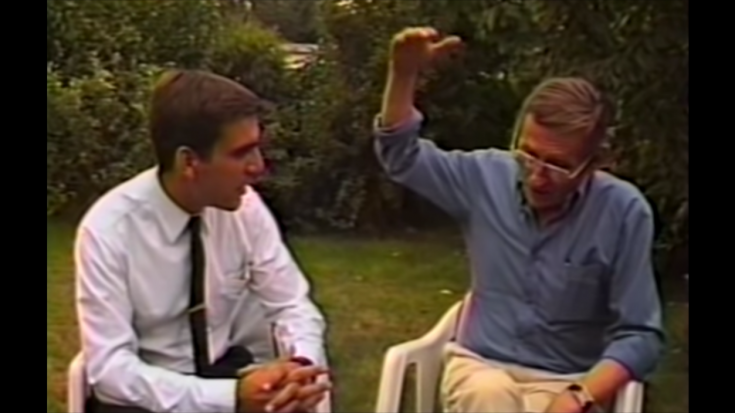 The Blond Knight of Germany

Erich Hartmann, the most successful fighter pilot to come out of World War II, is credited with shooting down 352 Allied aircraft. A number of factors fed Hartmann’s success. He was trained as a glider pilot pre-war (by none other than his mother). Inferior Soviet aircraft made for easy pickings, so much so that Hartmann had little respect for Soviet pilots in the early part of his career. He had a lot of luck, but it was Hartmann’s smart use of positioning that truly made him a pilot the enemy feared.

When asked to show how he made his attack, Hartmann had a formula. He was the pilot who came from the sun. Rather than engage as a marksman or challenge head on, Hartmann would swoop from above and duck behind his target. He would get extremely close and unleash a short burst of fire. Impressively, Hartmann was never injured, though his Messerschmitt Bf 109 fighter usually had to withstand some damage from flying debris. In a sense, Hartmann’s victims were lucky- he claims that most of them never knew what hit them.

Hartmann was simply an excellent pilot. His tactics were brilliant. He did not fly with braun, but with cool confidence. He knew what worked and used it over and over again in his 1,404 combat missions. The sun, that most obvious fixture in the sky, was key.

Check out this interview below where he describes his tactics. This was Hartmann’s last interview in English before his death.