How A Raptor Fires Missiles To Retain Stealth 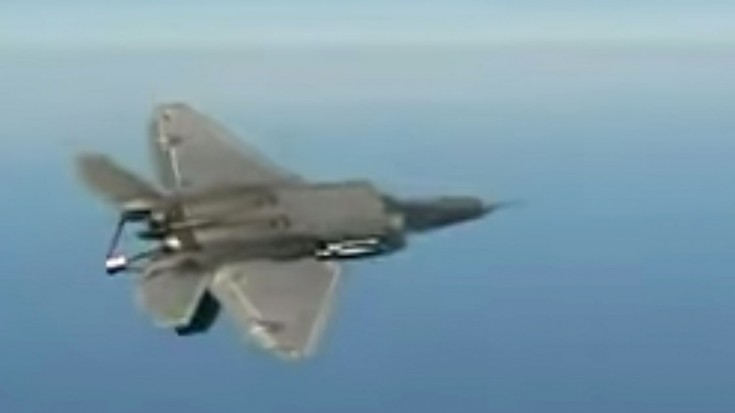 Belly Up And Fire Away

Flying through the air, this impressive aircraft performed a nice roll while simultaneously releasing a missile. Although not exactly the most exciting thing in the world, you’ve got to admit it just looks really cool. The most important thing about that is the simple fact that the doors open when the plane is inverted, making the hole it creates it undetectable/less detectable to radar.

The origins of the F-22 Raptor date back to 1981 when the U.S. Air Force asked for the development of a new Advanced Tactical Fighter to replace the Eagles and Fighting Falcons. By 1986, two teams comprised of Lockheed/Boeing/General Dynamics and Northrop/McDonnell Douglas were selected to come up with new concepts.

With the first team winning the competition in 1991, the YF-22 went through more testing and design changes. Production started in the mid 90s and the first F-22s were introduced on December 15th, 2005.

Although the U.S. originally wanted to order 750 F-22s, that number was systematically cut down over its production years. Because of the cost of the program and unstable budgeting over the years, the final number came down to 187 operational aircraft in the fleet, with the last acquired aircraft being delivered in 2009.