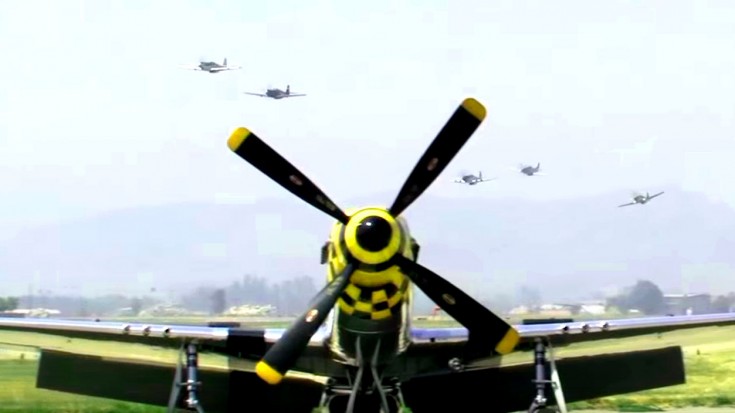 This Set Of Clips Is Adequately Named Warbird Madness!

This awesome video features ten Mustangs that takeoff and fly in formation. In between however, there are many more warbirds that make an appearance. Captured and edited by a Youtube channel called PlaneVideoArt, these folks certainly did a wonderful job making an exciting clip. For that, we thank you!

Some other warbirds you’ll catch in there are:

From the looks of it all the footage was captured in a single day and the PlaneVideoArt guys put all the best parts together. The P-51s definitely stole the show due to the sheer amount of them at one event. Some of the names we were able to catch were La Pistolera, Lady Go, Buzzin Cuzzin and Heller Bust.

These warbirds flew from all over to meet up at this airshow, so we hope you enjoy it. We certainly did!