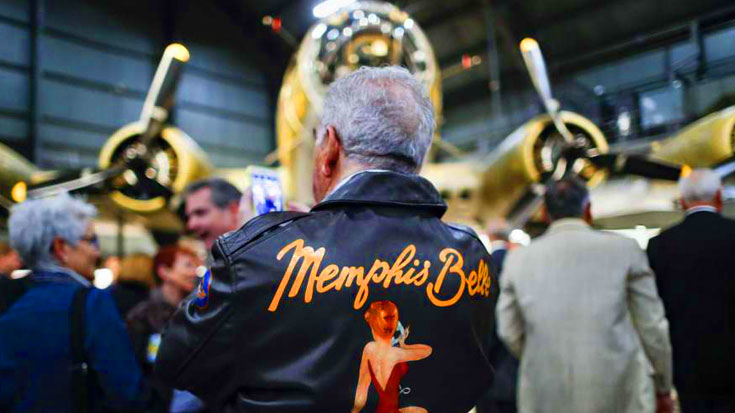 The Memphis Belle went down in history back in 1943 when is completed 25 successful bombing raids against the Axis Powers. Although it wasn’t the first bomber to achieve this number is was the widely recognized due to journalists latching on to the achievement.

The years after WWII were not kind to the legendary B-17’s public display as weather and vandalism did more harm to her than Nazi Germany ever did. Now after 13 years of restoration the Memphis Belle has debuted in her new home to a private audience and she has never looked better.

“Dad would be so proud. I wish he were here. It means everything to me and my family. He’s here in spirit.”

The restoration of the Memphis Belle took 100 people working 55,000 hours over the course of 13 years to complete. It is a beautiful sight to see and to know that history has not only been preserved but to be celebrated.

“I promised him when he was dying 14 years ago that I would do anything I could to keep the plane alive.”