The Exotic Jet That Shattered The Barriers Of Supersonic Flight 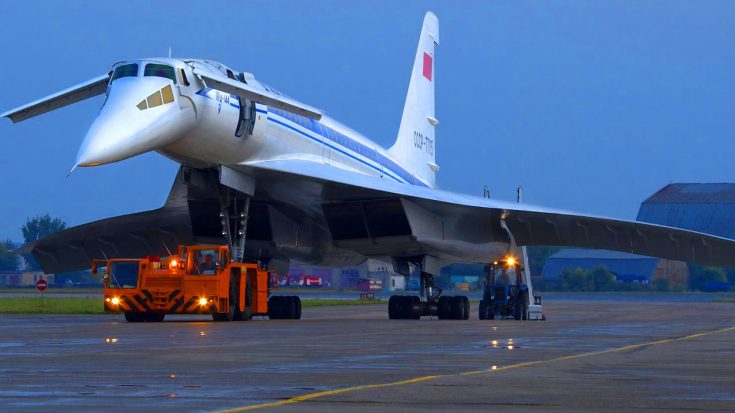 Supersonic flight is something that not everyone gets to experience in their lives. We heard the audio in clips and see the vapor cone but it doesn’t come close to doing it justice. However, once upon a time, there were supersonic flights for the common man and it all began with the Tupolev Tu-144.

Free from the confines of combat the Tu-144 was the first supersonic jet designed for commercial travel. While it appears to have a similar design to the Concorde, the Tu-144 made its debut first. This supersonic airliner could reach a maximum speed of Mach 2.3 while carrying 140 passengers

Due to the incredibly loud sounds produced by supersonic aircraft, flights of the Tu-144 were not permitted over occupied areas. There were also many accidents suffered by Tu-144s which ranged from airframe issues, excessive noise, and poor fuel efficiency so this jet transition into a cargo aircraft. Even that role was a little much for the Tu-144 but this exotic jet would soon find another role with American interests.

“When the TU-144 program seemed totally canceled, a new hope appeared after the signature with NASA and others US firms of a contract to develop an SST for the 21st century, this allowed that a TU-144 was returning to the sky in 1996 and was maintained in flight condition until 1999.”

It was a great jet that certainly has an impact on supersonic flight but the world wasn’t quite ready for it. If you want to see the Tu-144 in action just check out this video clip.