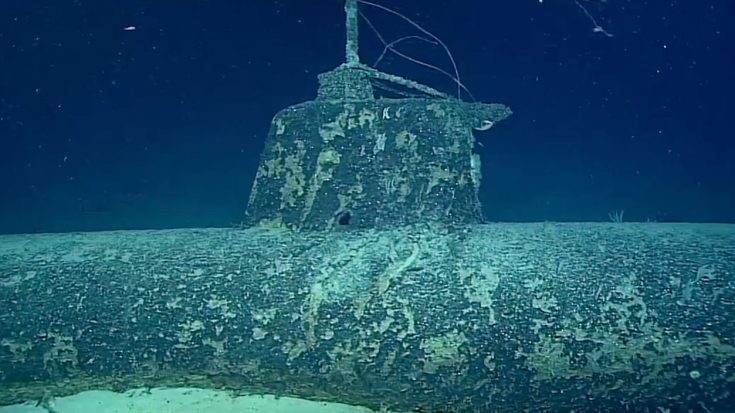 Today marks the 77th anniversary of the attack on Pearl Harbor, which claimed the lives of over 2,400 Americans and launched the United States into WWII. Although the public tends to associate Japanese planes with carnage inflicted on the US Navy, there were several submarines involved with the attack.

The Japanese Navy dispatched a small number of Mini Subs to engage the Americans. One of those subs was intercepted and destroyed by depth charges an hour before the main attack. Fearing for their security they radioed base for high alert, but these officials ignored these calls as just a false alarm. Historians also dismissed reports of subs as conspiracy theories for over 60 years until the Hawaii Undersea Research Laboratory discovered its remains 1,200 feet down in using sonar.

“Until now, only a handful of explorers and scientists have seen these relics of the war in the deep sea. But thanks to technology, anyone, and everyone can now dive with us in the first live exploration of the submarines that represent the beginning of the war in the Pacific.”

Now thanks to the National Oceanic and Atmospheric Administration the public will have a chance to see the remains of the Japanese Minature Submarine. The Okeanos Explorer dive can be seen in this link.