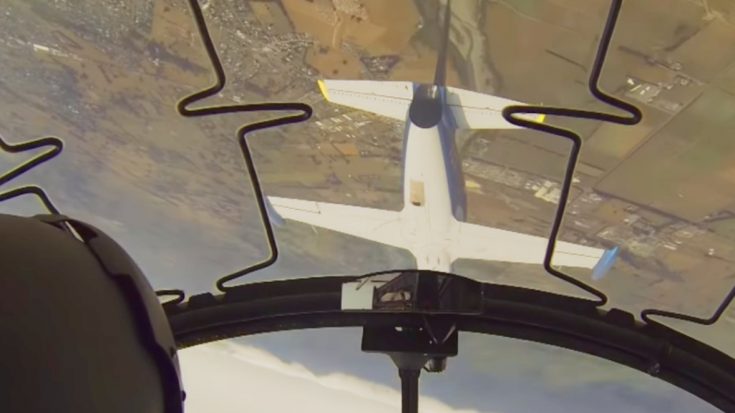 You’re going to want to watch this more than once. With the sound up. On a big screen. You’re welcome.

If you can’t make your way to the nearest air show and get invited  to ride along, this video is definitely the next best thing. All of your favorite war birds are right here at your fingertips.

This montage is made from footage filmed at previous Wings Over Wairarapa Air Festivals Hood Aerodrome, Masterson, New Zealand. You get to spend a breathless moment in not one, but a few, different cockpits. Only two of the shots are from the ground, perfectly showing off the pure prowess of these exceptional machines.

All The Best Sounds

And as always, the sounds of these WWII planes never fails to be hair-raising. The video plays like a song, each engine its own transcendent instrument. You’ll want to shut your eyes to guess which plane you’re in, but then you’ll also want to see what’s going on from inside the cockpit. End it all with a superb shot of a landing Mosquito.

The Wings Over Wairapara has been taking place at Hood Aerodrome in New Zealand every two years since 1999. The WWI and WWII aircraft are, of course, always the biggest draw. 2017’s lineup included the de Havilland Vampire, the Venom, the Avron Anson, Corsair, P-40 Kittyhawk, Spitfire, and the Strikemaster. Unfortunately, the show that year had to be cancelled due to poor weather.