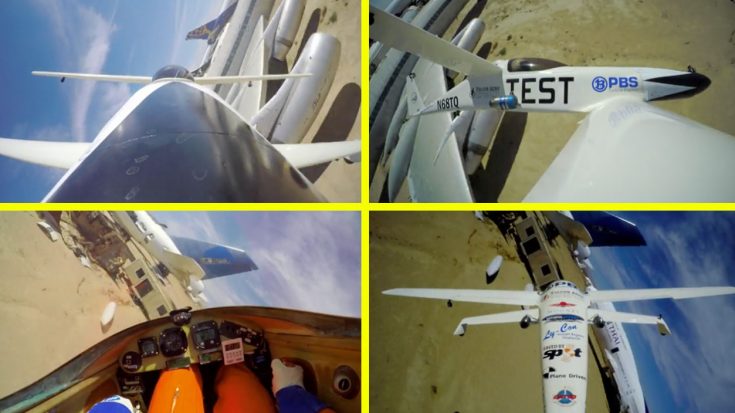 Any Landing You Can Walk Away From.

Trial and error is the key to innovating anything. When it comes to aviation, however, it’s not about looking at a petry dish under a microscope in a safe and sanitized lab but strapping your own butt to something that looked good on paper and actually leaving the ground in it.  The rest is up in the air, pun maybe intended.

This project was called TWERP which stood for Twing Engine Research Project.

In this video, you’ll see the horrible yet very lucky test pilot trying to make the best out of a dire situation. Elliot Seguin works for Wasabi Air Racing and took this composite experimental plane up for a test flight. The whole concept is really interesting so we’ve included an interview with him under the crash video below. If you’re interested in why they did it and what they were testing, this little interview will give you all the sweet details.

As for the flight itself, one of his engines went out and he found himself with almost no altitude and asymmetric thrust. He did the best he could but ended up smashing into the tail of a scrapped plane as ironic as that is. The crash looked bad but he managed to get out of it alive.

Here’s the rundown of the plane.