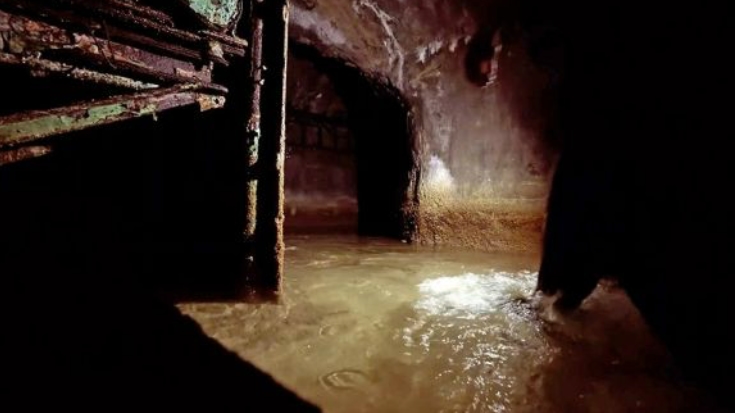 It has been 73 years since the demise of the Third Reich, but countless remnants of fallen empire still linger. Every once in a while one these lost relics will turn up, perhaps some munitions or a grave site. However, one pair of explorers stumbled upon the find of a lifetime, an underground German weapon test site.

Explorer Warren Tepper decided to climb through a small hole only to discover miles of underground tunnels. His curiosity kept getting the better of him and he ventured deeper and deeper into the lost abyss. When he came to the end, his discovered a German bunker riddled with bullet holes.

“When we first walked into the weapon testing room, I thought it was a furnace where they heat treated metal and didn’t really know what to think until I saw the metal with the bullet holes in the massive bit of metal.”

Some of the parts of the tunnel show designs intent for weaponry tests, but others such as the bullet etched in bulletproof glass indicate a conflict. There is so much about this lost bunker and you can see this video.