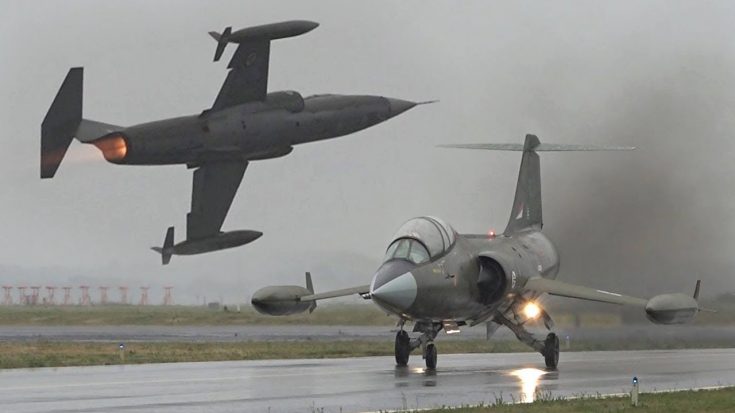 A plane built in the 50s still holds up almost 70 years after its first flight. This particular version of the aircraft, named the CF-104D, is one of its many variants.

38 planes of the dual-control trainer version were made to be fitted with J79 engines from Canada. Despite starting out as an interceptor, the Canadian version was primarily used as a ground attack aircraft. Its small size and high speed made it significantly harder for its opponents to score a hit.

Some of the RCAF’s CF-104Ds were later transferred to Denmark, Norway, and Turkey. It was officially retired by the Turkish Air Force in 1995.

Honestly, who can blame them?