F-111 Aardvak Does A Dump and Burn 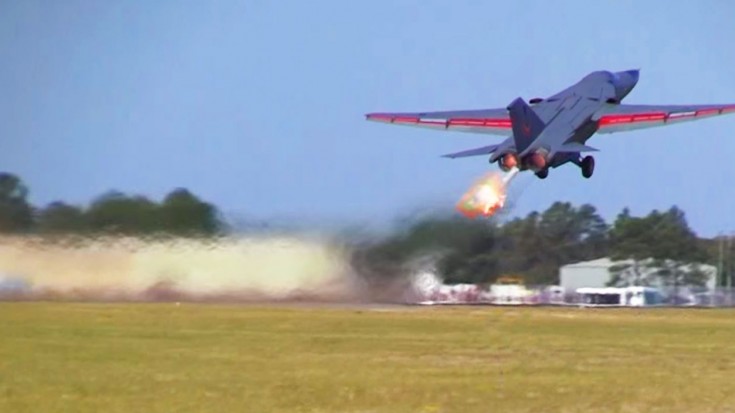 That Was Pretty Spectacular.

Although doing this is completely useless in terms of aerodynamics and expensive as all hell, it’s still pretty spectacular to witness. If you think about it, dumping fuel into your jet stream in a combat situation would give you an IR signature which would make you a target for missiles half way across the world. During an airshow however, it’s quite a hoot.

Most planes can dump fuel from their wings, however, the F-111’s design put the dump nozzles in the back of the plane. This is the only reason these planes can do it, as when the fuel is dumped the pilot kicks in the afterburners for a split second and ignites the fuel.

The result of this is a fireball almost as long as the plane itself. If you think about it, doing this at an airshow really ups the value of entertainment, so expansive or not it attracts more people to the shows, so more money rolls in anyway.