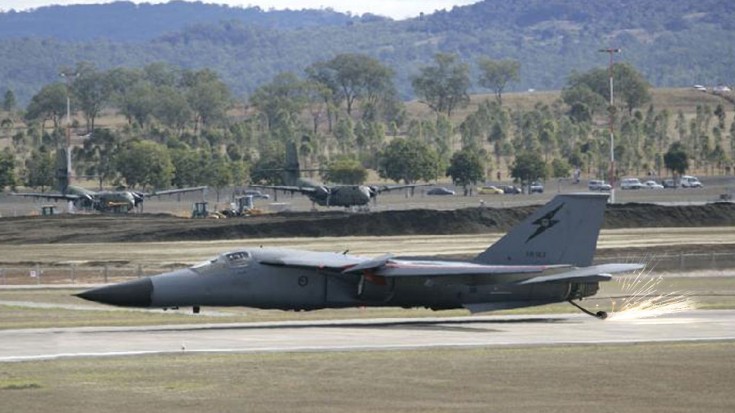 The Media Described These Guys Are The Real Top Guns.

What started out as a routine training mission turned out to be one of the first times in history that this plane needed to belly land like this.

Two Australian pilots took off back in the early 2000s and got one of the most bizarre calls from the ATC. Over the radio, they were notified that as they were taking off, one of their wheels fell off.

“I’m actually more nervous now would you believe?”- pilot talking about having to take the interview about the incident.

Now, they were quite relieved in retrospect that the call even came in, as if the ATC didn’t see it they’d eventually try to land thinking they had all their wheels. That could have been much worse than what they were about to face.

It was a major problem however, especially because the young pilot only had a couple of landings under his belt at that point. He graduated just two weeks prior to the incident, so things were looking grim. Still, they were faced with this problem and needed to improvise.

Ejection was immediately out of the question as it’d certainly cost the Air Force the plane, so an experienced senior F-111 pilot was called in with other advisors to remedy the situation. Watch the video to see what steps they took to get these guys as well as the plane down in one piece.