F-14 Pilots Get Low And Fire Their Guns 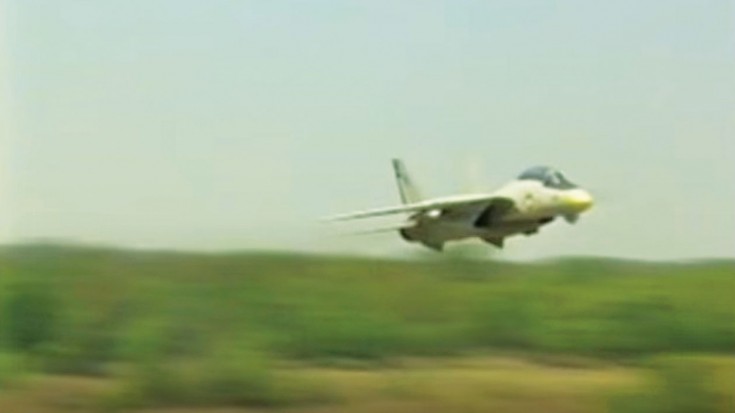 There Aren’t A Lot Of Videos Like That Out There.

This good ‘ol fashioned video is a compilation of some of the best F-14 Tomcat clips ever. It’s a little more than two minutes long but has absolutely no downtime. It’s one shot after another of Tomcats buzzing the ground and a few others that are not too easy to come by.

Aside from awesome videos of our favorite planes buzzing the living lights out of someone, the next big thing we like to see and hear are their guns. We actually managed to get a few cool clips of A-10’s GAU-8 and even a P-51 Mustang. What we haven’t ever seen or hear is an F-14’s gun. Until now.

It’s only a short little part, but it’s still pretty neat. It happens exactly a minute and fifty eight seconds into the video. The pilot opens up his M61 Vulcan (pictured above)  for a short burst, probably spewing out 150 to 200 rounds in that short amount of time.

The Tomcat swoops down and takes aim and just like in the A-10 (we’re not comparing the guns here guys!), you first see the smoke coming out of the gun and then hear it. Again, it’s no Hog but it does have it’s own distinctive sound.