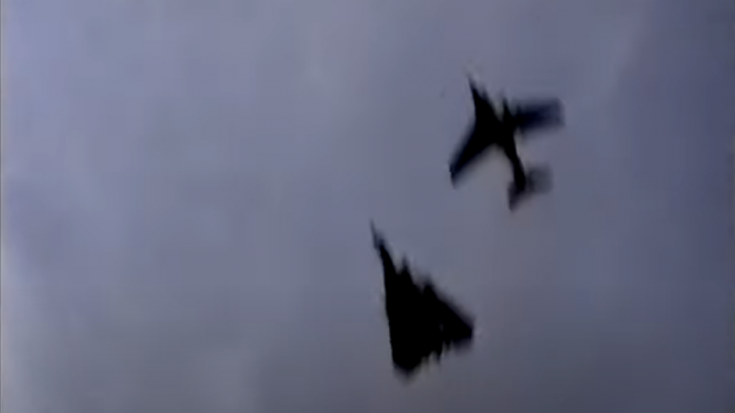 An F-14A Tomcat and an A-6E Intruder can be seen flying together at Hamamatsu, Japan, in 1995. Both aircraft did a jaw-dropping high-speed pass that you can watch around the 0:36 mark.

Spectators on the ground were left speechless after what they just saw. After all, Tomcats and Intruders are rarely seen in Japanese skies, but these two aircraft were luckily based in Japan at that time.

The Tomcat belongs to the VF-154 Black Knights squadron of the US Navy. In the 1990s, the squadron was assigned to USS Independence based in Yokosuka, Japan.

Meanwhile, the A-6E was part of the Strike Fighter Squadron 115 known as the “Eagles”. Much like the VF-154, they were also assigned to the USS Independence after the retirement of the USS Midway.