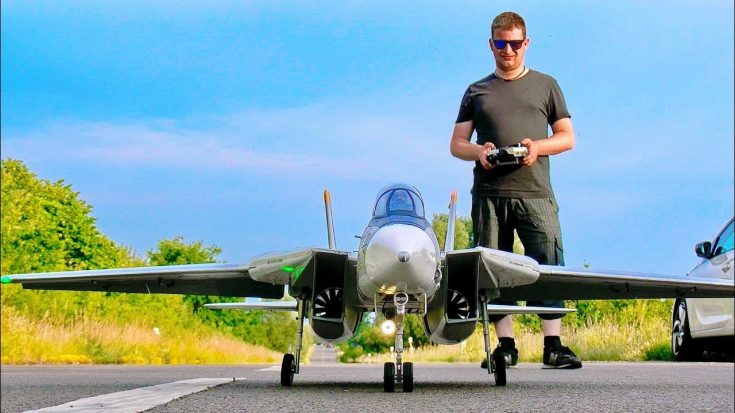 F-14 With A Realistic Feature

This F-14 Tomcat looks like something out of an actual hangar.  Its paint looks fantastic and the engine is music to the ears! Not only that but it also fully incorporates the signature feature of the real F-14, the variable-sweep wing.

The RC F-14’s “Wing Box” design is made up of aluminum that can support both forward and swept wing configurations. It also uses two 80mm 12-blade EDFs to make it fly smoothly at 100mph. To power its various features, it has two 6S 4000mAh.

Watching the wings transform while on the ground was great but seeing it do that midair is something else. It’s just a bonus that it also flies so well so the swing-wing feature isn’t wasted at all.