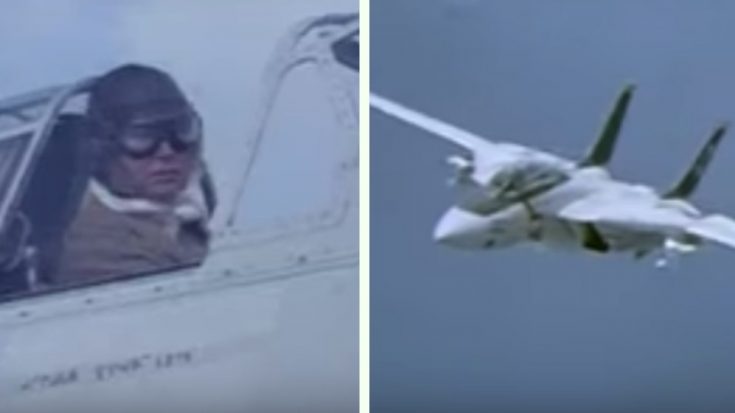 We all think about it sometimes – technology has come so far, and though our favorite WWII planes were once masters of the sky, they wouldn’t stand a chance against what we have today. Still, we love to see them fly together.

The movie “Final Countdown” gave us just that in an awesome clip of F-14 Tomcats toying with a couple of Japanese Zeros.

The USS Nimitz and everyone on board have time-traveled from 1980 to December 6, 1941, just one day before Pearl Harbor. Unsure of what has happened, two Grumman F-14 Tomcats are sent on patrol when a surface contact is spotted on the radar. It’s a yacht being attacked by none other than two Japanese Zeros.

The Zeros Didn’t Have A Chance

What happens next is, well, definitely in favor of the F-14s. The Zeros, which are actually replicas originally built for the movie Tora, Tora, Tora, are small and slow in comparison. The Japanese pilots search the sky in confusion. The F-14s come close to stalling.

Finally, it’s game over when the F-14s get the order to take out the enemy. Was the cannon really necessary? Not really. But we have to give props that “Final Countdown” depicts the proper sound of an M-61 Vulcan cannon firing.

And even though it wasn’t a fair fight, it’s a great scene. Check it out in the clip below.