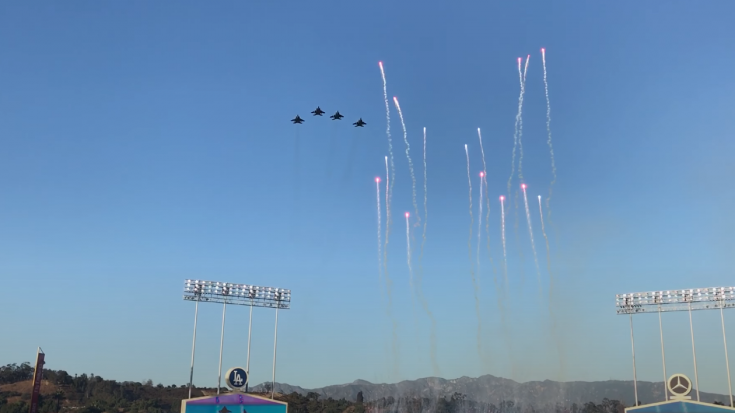 Something To Be Proud Of

The crowd at Game 1 of the World Series between the Dodgers and Astros in 2017 had an incredible surprise. California Air National Guard’s 144th Fighter Wing headed to Los Angeles and participated in the event by flying over the arena.

Four F-15C Eagles from Fresno circled eight miles from the Dodgers Stadium to wait for the radio operator’s signal for the flyover. When the F-15s heard the call, the four of them flew in formation on top of the stadium, with the American flag laid out at the center of the field.

According to a military official, the Air Force specifically asked the 144th Fighter Wing to do the demonstration as an honor to their country. After all, who wouldn’t feel proud to be American after seeing these majestic jets fly over you?