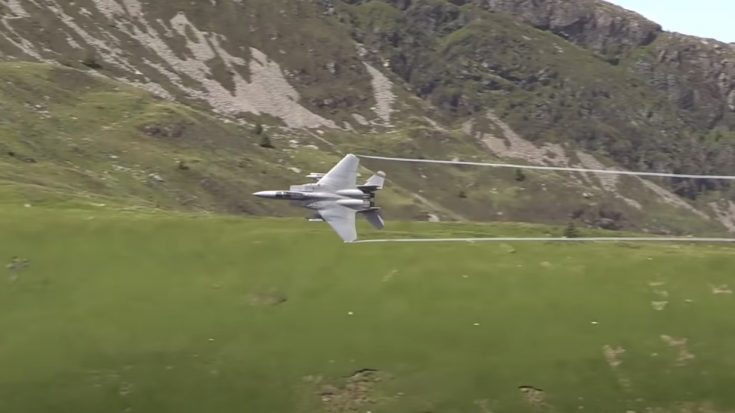 Witnessing F-15s effortlessly glide through these hills is just something else. These American jets, used during the Gulf War and many others, are one of the fastest fighter jets in the world.

It saw action in places like Iraq and Kuwait where it achieved a lot of combat victories. In total, the F-15C accounted for 34 of the 37 US Air Force victories. With its unmatched speed during those times, it secured air superiority for the United States.

The pilots of the 493rd Fighter Squadron, named “Grim Reapers”, did an amazing job maneuvering over the hills of Wales and getting up close to the spectators. The sound the jet emits during its low-level flights is also remarkable.

Just look at how lucky these photographers are to witness it with their own eyes. Check out how these pilots gave everyone a show to remember down below.