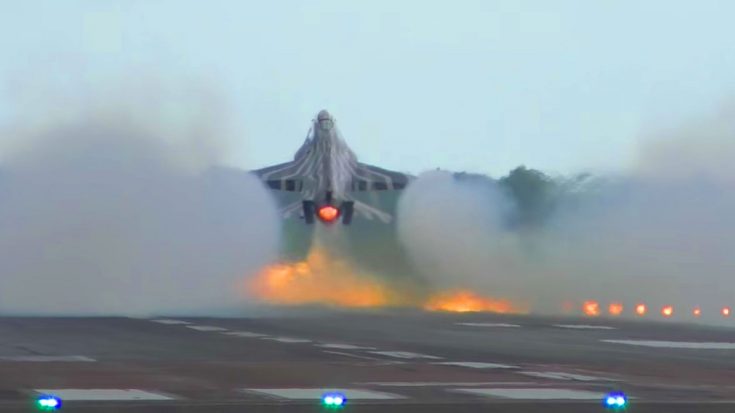 The F-16 has earned a reputation as one of the best fighters on earth and it’s easy to see why. Its speed, agility, and impressive arsenal have made it the preferred fighter in the air force of over 20 countries. The Belgian Air Force gave a great solo display of their F-16 at the Royal International Air Tattoo.

The sleek fighter with the stylish stripes manages to shine despite the cloudy skies at RIAT. It bolts in through the dark skies and comes in for a landing but then goes for a touch and go, blasting flames as it goes takes off again.

“The demo might seem spectacular to the general public, but in fact contains standard F-16 manoeuvres which are flown during practise sessions as operational missions. The only difference between real life operations and this demo is that these manoeuvres are flown in a smooth pattern and at very low altitude.”

But the most impressive display is easily the aileron rolls, spiraling nonstop as the crowd takes in the killer movies. TopFelya has given the world a beautiful gift with this crisp, high-definition video the Belgium Air Force F-16 stunts seen in the link below.