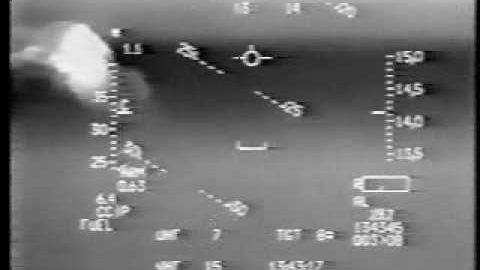 The F-16 is a single-engine multi-role fighter aircraft produced by General Dynamics. Although initially designed as an air superiority fighter, the aircraft eventually evolved into an all-weather, multirole plane.

The footage shows an F-1 dodging 6 Iraqi Sam launches during Operation Desert Storm on January 19, 1991. The video starts with the pilot arming before takeoff as he narrates the entire video.

Now, the SAM action truly starts around the 3:00 mark. You can pretty much hear the radar warning receiving tones, and chirps can be heard regularly. There are also some instances where you can see the missile smoke trails.

Now, imagine if you’re the pilot of this F-16, and you’re trying to dodge all 6 missiles and survived every single one of them. Pretty intense!