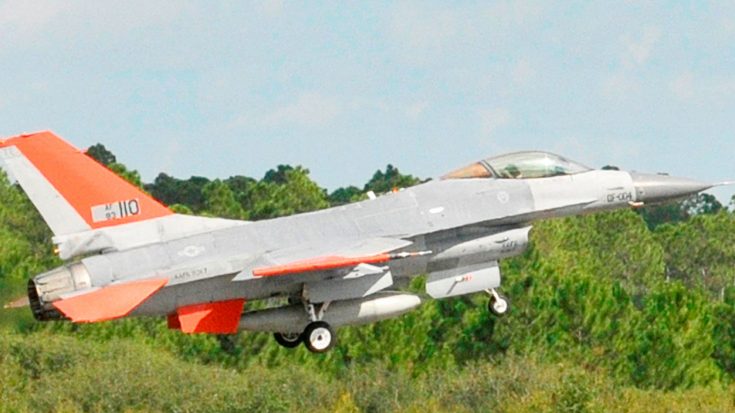 This project has been in the works for years, but F-16 drones have been able to reach initial operational capability. The air force has will repurpose F-16s into unmanned versions known as QF-16 and use them for military exercises. The mission of these fourth-generation drones is to be destroyed by other aircraft as target practice.

“This leap forward in airframe capabilities, combined with advanced electronic pods, will allow us to properly test and evaluate our fifth-generation aircraft and weapons.”

All drones of F-4 Phantom have been destroyed in combat exercises and now the QF-16 lined up. Tyndall Air Force Base in Florida currently has 15 QF-16s ready for combat exercises.

“The QF-16 is the introduction of fourth-generation fighter capabilities in the aerial target mission. It maintains all inherent capabilities of the baseline F-16 Fighting Falcon including supersonic flight and 9 G maneuverability.”

The use of F-4 Phantom drones drew up much controversy among the aviation community as the use of F-16 drones will follow suit. The Air Force justifies the destruction of these drones insisting that pilots gain experience against jets they are likely to encounter in combat. While the critics insist that if a jet can be converted into a drone then it can be used as a viable fighter for pilots.

Tyndall Air Force Base filmed some QF-16s in action in this clip. Do they look viable for combat roles or should they be destroyed by pilots in training missions?