F-16 So Low It Blinds Guys On The Ground 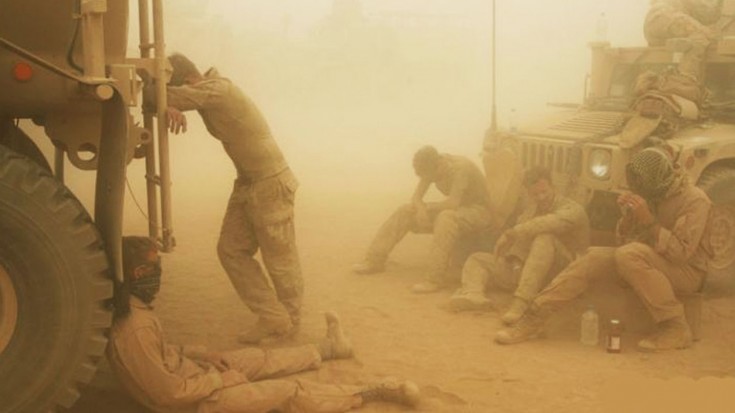 That’s A Pilot’s Idea Of Having Fun!

The war in Afghanistan puts troops in a myriad of intense situations, so whenever they can get loose, they should and do. This clip is a very good representation of them doing just that.

Captured some six years ago at this point, it seems like the flyby was planned. The grunts were at a specific point and all looking in one direction, a strong indication that the pilot was supposed to be coming from that way. As you’ll see, he sure did.

F-16s were first introduced into service in 1978 and eventually became one of the most successful all-weather multirole aircraft.

You can hear the F-16 long before you even see it. The guys start getting pumped in anticipation, and as the sound of the jet intensifies, you see a little black dot in the distance. It didn’t stay that small for a long time though.

Within seconds, the speck turns into a jet that carves through the air right over the guys on the ground. In all honesty, he must have been some 30 feet above the ground. It passed in a loud flash, but you do get to clearly see it. It’s pretty awesome and we hope you guys enjoyed it as much as we did.