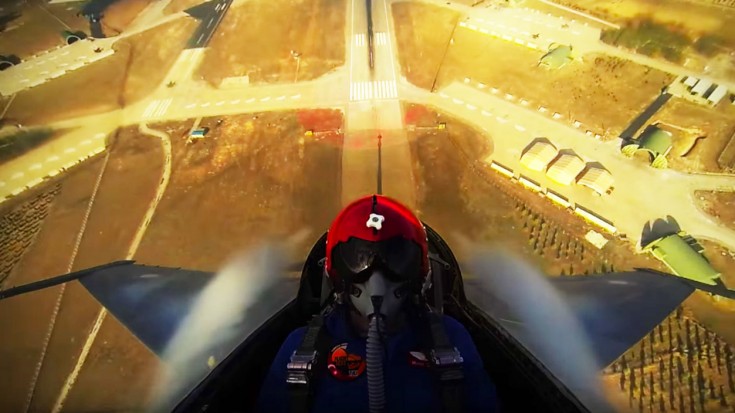 Can’t Even Imagine The G-Forces!

This footage comes to us all the way from Pakistan. Featuring test pilots Murat Keles and Murat Ozpala, they took their F-16B and after takeoff pulled on the stick and hit the throttle, hitting 15,000 feet in 45 seconds after releasing the brake.

The actual climb was way shorter as after pulling the stick the climb took less then 15 seconds. That’s a lot of Gs too be pulling while climbing, but F-16s have no problem doing so.

Their maximum g-load is +9.0 g and their rate of climb is approximately 254 meters per second which equates to about 830 feet per second. This makes the Fighting Falcon an excellent multirole fighter as its speed and maneuverability are almost unmatched.

As for the pilots, these guys are a part of the 11th Squadron of the Pakistani Air Force. Named Arrows, this unit was established just 4 years after the end of World War II. They got their F-16s in 1983 and have been using them ever since. This unit has been credited with being one of the best squadrons in the Pakistani Air Force.