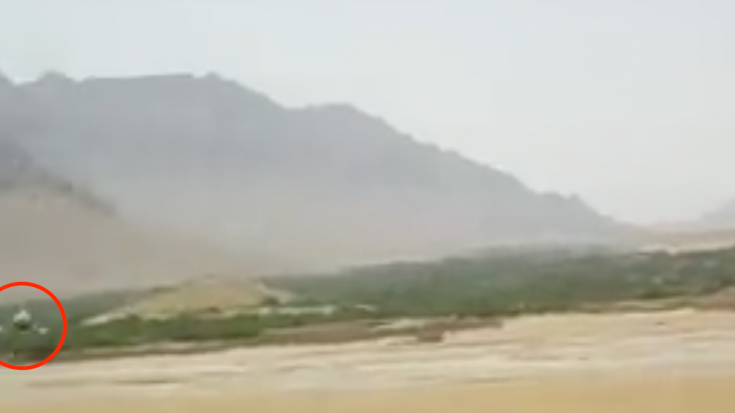 Any Lower And He’d Be In The Ground.

There are two common sayings in the aviation world. The first is, “you can only tie the record for the lowest flyby,” which is humorous but also one hundred percent true. The second ( and our favorite) is, “there are bold pilots and there are old pilots. There are rarely any bold, old pilots though.” This is true as well.

Introduced into service in 1978 as a multirole fighter, Fighting Falcons can reach up to 1,320 miles per hour.

When it comes to fighter pilots however, bold is something you have to be. The whole culture of young, testosterone fueled men is a true stigma for the most part, as what other human being would fly at supersonic speeds over enemy territory? Having said that, if you’re shy and careful, you’ll probably never earn your wings.

As you’ll see in this video however, there are extreme cases of pilots testing out their abilities. Although not recommended nor condoned, some of them love to buzz their buddies on the ground; the lower and faster the better of course. Like we said, we wouldn’t encourage such risky behavior, but the videos we get of them doing so are just awesome. Take a look and judge for yourself. This was pretty great in our opinion.

Fun Fact: Although it’s officially called ‘Fighting Falcon,’ most pilots and crews refer to it as “Viper” for two reasons: it looks like a viper snake AND it also has a resemblance to the Colonial Viper starfighter in the sci-fi franchise “Battlestar Galactica.”

Just how fast and low is this? It’s absolutely insane. It’s so close to the one taking the video and if you’re pilot, you’d have to have balls of steel to do that. It’s mighty impressive for sure!