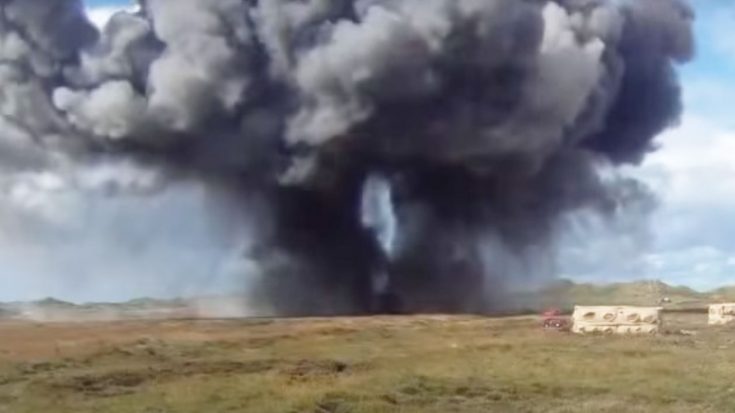 The F-16 is no stranger to combat in fact, it’s among one of the most reliable fighters of all time. Since 1974 General Dynamics has been able to produce over 4,500 F-16s and which are in use by 28 nations. The F-16 is small, fast, agile and has seen plenty of combat in its 42 years of operation. The Air Force intends to retire the F-16 in 2025 for the F-35, which is causing a public outcry. Pilots and fans the world over love the F-16 for its reliability and stellar combat record.

“The combat-proven F-16 has proven itself as the world’s most capable 4th Generation multi-role fighter, serving as the workhorse of the fighter fleet for 28 customers around the world.”

Earning the reputation of “the world’s most capable fourth-generation fighter” was not easy, it went to war for that title. The F-16’s weapons include 20mm guns, 500-pound MK-82 bombs, 2000-pound Mk-84 bombs and several others. Fortunately, we get a good look at these weapons during a test. So if you have ever wondered exactly what an F-16’s weapons can do check out the explosions.