F-18 Hornet Taking Off From The Road 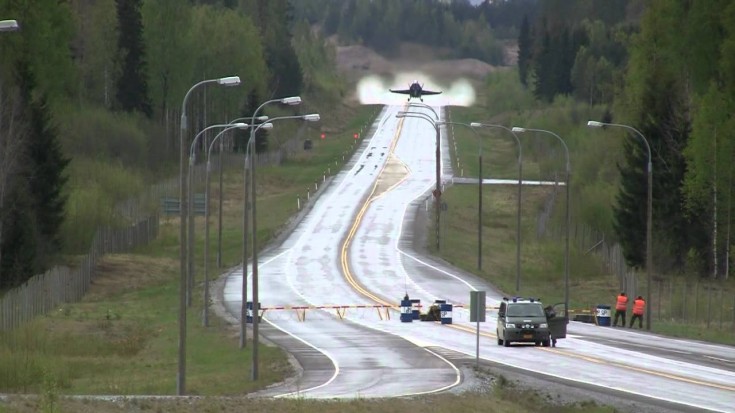 A Sight To Behold!

Okay, first off, let’s not talk about the music. We know everyone wants to ignore it. 🙂 Anyway, the Boeing F/A-18 Hornet is a multirole fighter jet. It was designed for both fight and attack hence the F/A. It was built with superior capabilities. With such advanced technology adapted to accommodate the construction, this is simply among the best!

This demonstration, in high resolution video, will leave you in awe. It only shows that the F/A-18 can land and take off anywhere from the road to an aircraft carrier. Some of these birds practice taking off on open fields just in case during an attack, their runways are taken out or not safe for the planes.

Its versatility and reliability have proven it to be a valuable carrier asset, though it has been criticized for its lack of range and payload compared to its earlier contemporaries

We wish we had one. Yup, we’re thinking it too.