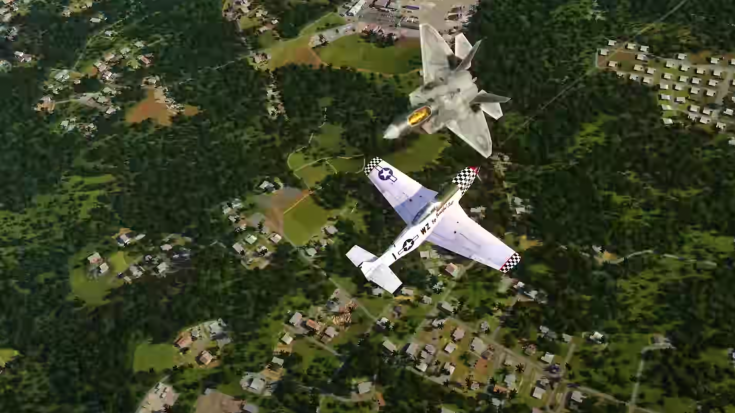 Now, don’t get us wrong. The F-22 completely trumps the P-51 in any realistic setting. But, if Digital Combat Simulator was the basis, the Mustang might just stand a chance against the Raptor.

In the first round, the F-22 tried to attack from above and went into a nose dive. It did hit the P-51 but crashed nose-first into the ground after.

The Raptor showcased its full capabilities during the second round. The Mustang didn’t stand a chance when it used the AIM-9X missile. It scored two subsequent hits and sent it to the ground.

In the deciding round, the F-22 lost visual of the P-51 after it turned. Suddenly, the P-51 was on the left of the Raptor as it was trying to gain altitude. The fight ends with the P-51 as the winner.

Thank the heavens it’s only a simulation or else it’s back to the drawing board for Lockheed Martin.