F-22 Raptor Is Finally Getting The Upgrade It Deserves 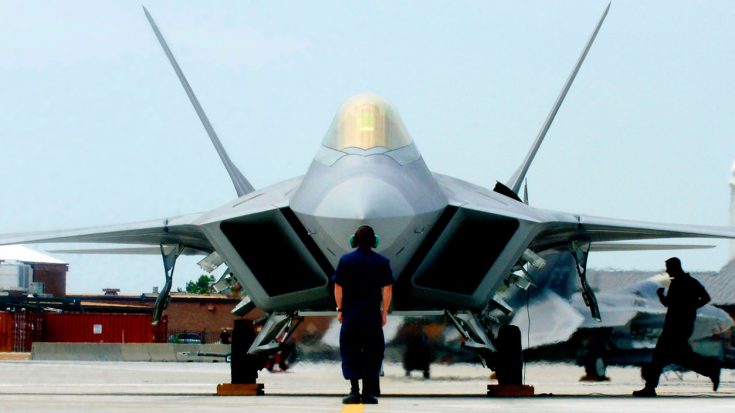 The Lockheed-Martin F-22 Raptor is widely regarded as one of the most successful fighter jets of all time. The success of the F-22 comes from numerous sources, but its stealth allows it to stay ahead of the curve. To ensure a tactical advantage over other fighter jets the United States Air Force has announced that all F-22s will receive upgraded stealth coatings.

The exterior shells of the F-22 have begun to lose their stealth coatings earlier than anticipated. A $40 million contract was put in place to outfit the F-22s with new radar absorbing paint. The paint combined with the surfaces of the F-22 is essential for evading radar detection and gaining an advantage in aerial combat against hostile targets.

The US Air Force’s entire fleet of F-22 Raptors will receive the stealth paint re-coatings by July of 2019. To gain an understanding of aircraft stealth we have provided this brief video interviewing aerospace engineers.