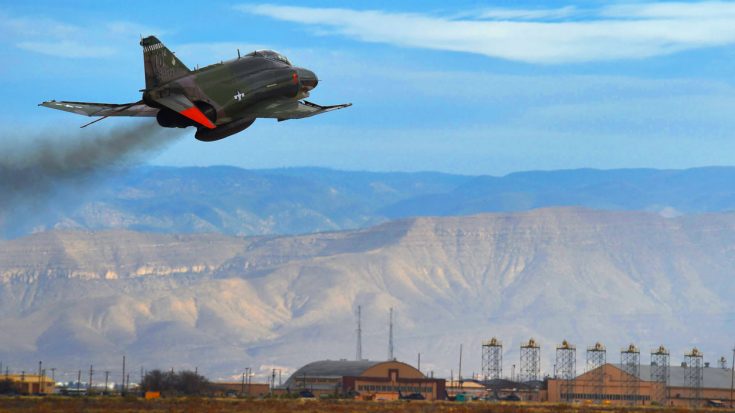 The F-4 Phantom recently flew its final flight at Holloman Air Force Base, where countless well-wishers came to say goodbye. More than 20 years after its retirement from combat the F-4 continued to fly as a drone serving as target practice for the next generation of fighters. The goodbye ceremony of the Phantom brought a variety of attendees including pilots, fans, crew and troops who had been saved by F-4s.

Over 5,000 F-4 Phantoms served the US Army, Navy, and Marine Corps. They influenced many people along the way, who showed that the F-4 is more than just a plane, it was part of their lives. Many supporters of the F-4 are opposed to the idea of converting them to drones used as target practice, but sadly it is too little too late to save them from their fate.

“I expected when we took it on the road that we would meet a lot of who had worked on them, who had flown them over the years. What I didn’t think about and didn’t expect was the large number of folks, army, marines who were on the ground and an F-4 saved their life.”

The F-4 will continue to serve in nations such as Turkey, Greece, Iran and South Korea but for the United States, it is the end of an era. Hundreds of people came to show their support and see the jet given a proper send off before it meets its final fate. Film from the retirement ceremony is included in this clip from Holloman Air Force Base.