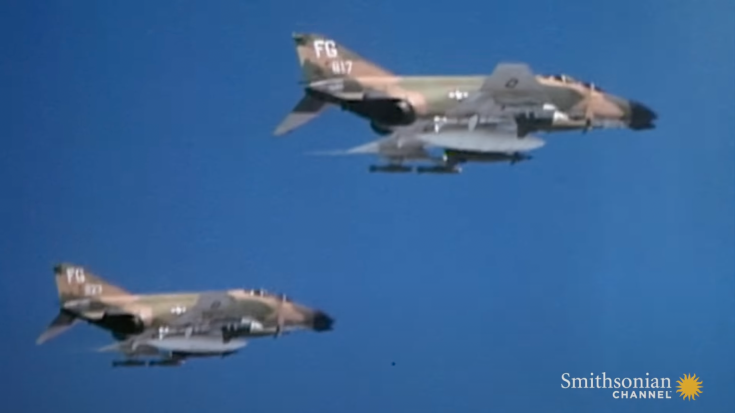 In April 1972, Captain Fred Olmsted and his squadron were tasked to hunt MiGs in the skies of Thailand using their F-4D Phantoms. These kinds of missions were routinely done by the 432nd Tactical Reconnaissance Wing.

Having flown over 300 combat missions in Vietnam, Olmsted knew the ins and outs of the MiGs. As two MiGs show up on their radar, the Phantoms quickly engaged in a dogfight. The first MiG successfully got away while the second was not so lucky. In the middle of their escape, another MiG showed up and a third Phantom pursued it.

The second MiG was too nimble and tried its hardest to lose Olmsted’s Phantom. It soon slowed down which gave Olmsted the opportunity to fire his AIM-7 missile. The MiG was shot down and the third MiG was shot right after.

No Phantoms were lost, partially thanks to its better radar, improved missiles, and lighter frame, which helped against the MiGs.