F-4 Squadron Launches Into Action – Turn The Volume Up For This! 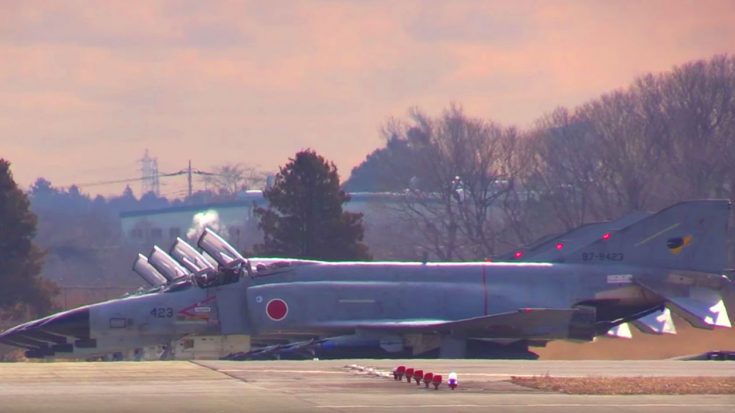 The F-4 Phantom had a long track record of success with the United States Air Force but its time has ended. As of December 2016, the F-4 Phantom is no more, having been officially retired from the Air Force. However, the Japan Air Self-Defense Force proudly still flies a large fleet of F-4 Phantoms.

Stationed out of Hyakuri Air Base near Tokyo, the Japan Air Self-Defense still has 71 F-4 Phantoms in their service. These jets have become a popular attraction for those fans who wish to preserve the legacy of the Phantom. It has often been called “The Phantom Paradise” because they honor the legacy this proud jet.

“Located in central eastern Japan, Hyakuri airbase, hosts all the remaining F-4 Phantom units of the Japan Air Self-Defense Force: 301 and 302 Hilotai, flying the F-4E, and the 501 Hikotai, flying the RF-4E. Needless to say, for this reason, this base is the place to visit for Phantom lovers.”

It has often been called a “flying brick” but the Japan Air Self-Defense Force knows the value of this jet’s 56-year history and still flies them. If you love the F-4 Phantom then you will love the display this squad puts on as they roar into the sky.