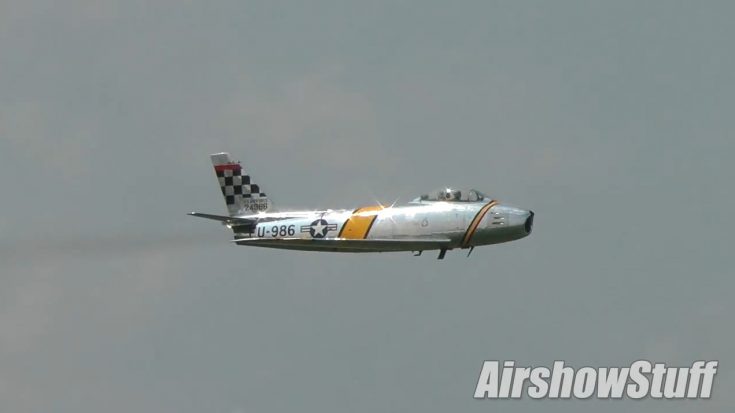 The North American F-86 Sabre aka the Sabrejet is a transonic jet fighter aircraft and was the first swept-wing plane in the United States fighter inventory.

During the Korean War, it also showed air dominance over the Russian-built MiG fighters, with a ratio of 10 to 1. It was responsible for the destruction of nearly 800 MiG-15s and was the preferred aircraft for pilots in Korea.

The video features The Warbird Heritage Foundation’s F-86 Sabre as it did a spectacular low-altitude pass during the Thunder Over Michigan airshow held by the Yankee Air Museum at Willow Run Airport in 2014.

We couldn’t imagine what the men back in the Korean War thought when they saw this iconic plane fly and fly for the first time. Quick, agile – this iconic warbird is definitely quite a sight!